Breaking the myth of sexual violence 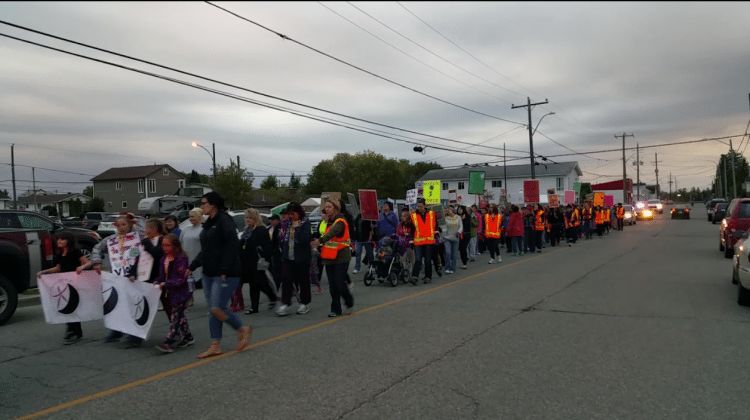 Events like Take Back the Night are necessary because sexual assault still exists in Timmins. That’s what coordinator for last night’s event Becky Mason is saying. The event featured a keynote speaker, live music, and a march throughout the downtown.

Coordinator Becky Mason says they do this event because sexual assault, harassment, and violence against women still happens. She says it also sends the message that no matter what women say happened, they are believed. Mason says there is never a case when a woman would be questioned about her experience, and all survivors are believed.

Mason says the sexual assault myth is that it happens on the street, at night. But that’s not the case. One in four women is assaulted by someone she knows. Mason says getting out into the public space helps people to better understand the reality of sexual violence against women.

She says any unwanted sexual act is harassment, which ranges cat-calling on the streets, to abuse in the home. Seven community groups, including the Timmins Women in Crisis Centre and H.E.R. Place were involved in Take Back the Night.