Take Your Offspring to The Offspring-Day! 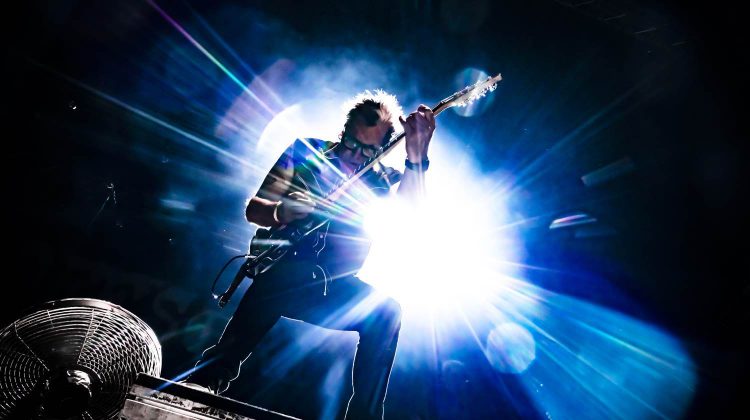 Noodles of The Offspring rocks out on their latest tour. They play in Sudbury on November 16th with Sum 41 (Photo: The Offspring/Twitter)

And all the girls say I’m pretty fly, for a white guy.

If you have heard this before, or found yourself saying it, there’s a good chance you grew up through the late 80s and 90s. Even if you didn’t know where the saying came from, it didn’t stop Garden Grove, California’s-own, The Offspring, from becoming multi-platinum album recording artists. And they might have had a little fun along the way, too.

The Offspring will be making their return to the Great White North, on November 16th in Sudbury, with longtime band-pals, Sum 41. An epic tour, of pop-punk proportions, has the fans running to the ticket booths (remember those?) to grab their passes for what is sure to be a show for the ages.

See you tonight at @TsunamiXixon in Gijon, Spain. We take the stage at 12:35am. #TsunamiXixon pic.twitter.com/RkKf7Gm1T7

Debuting in 1984, The Offspring reached international success with their third album, Smash, which has gone on to sell over 6 million records in the US alone. 25 years, 6 albums, several world tours later, The Offspring are still a mainstay on rock radio stations and playlists alike.

Whether you are a new fan, or an original, there’s something for everyone at an Offspring show. From rockin’ riffs, comedic banter, stripped-back versions of songs, and more, this will be a show that crosses generations. And as Noodles, from The Offspring, puts it, “it’s an honour and a blessing” to be performing to fans of all ages. Even for the “old farts drinking beer at the back”.

And yes, if The Offspring and Sum 41 do a cover of each other’s songs, I will take no credit, but I will be PUMPED!

The Offspring will play with Sum 41 and Dinosaur Pile-Up on November 16th, at Sudbury Arena in Sudbury.

For the full list tour dates, and to get your tickets, you can get more information on The Offspring’s website.