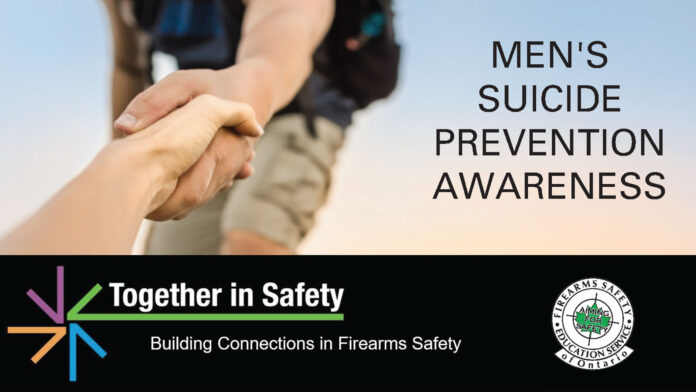 Suicide is preventable and EVERYONE can play a role in Suicide Prevention.
People who experience suicidal thoughts and feelings are suffering from tremendous emotional pain. People who have died by suicide typically had overwhelming feelings of hopelessness, despair, and helplessness. It’s not a moral weakness or a character flaw. People who consider suicide feel as though their pain will never end, and that suicide is the only way to stop the suffering. This is where YOU can help. First by recognizing the signs of suicide and second, by showing them there are resources available to anyone who needs help.

KNOWING IS THE START OF PREVENTION

The following are not always communicated directly or outwardly but are signs of suicide;

If you recognize any of these behaviors in someone you know or love, it may be time to act. There are a lot of resources and organizations out there to help people through troubling times.

STATISTICS BEHIND THE STORY

Many Canadians might be surprised to learn that the majority of firearm deaths are death by suicide. In Ontario, more than 67% of all firearms deaths are death by suicide, and, suicide deaths by firearms predominantly impact older men living in rural areas. Since 2000, men have accounted for 96% of suicides by firearm. If signs of suicide risk are present, and a firearm is in the home, it is best to have firearms stored at an alternate location. In Canada, men have a suicide rate three times higher than women. Why? We have socialized men to be strong, stoic and self-reliant; showing emotion is a sign of weakness. Further, men are underserved by our traditional health and social service sectors. Men are dying in alarming numbers, all around us, alone. How can we change this reality? WITH AWARENESS!!!

Buddy Up, a part of the Centre for Suicide Prevention, is a fantastic organization which focuses on helping men get through tough, intense life situations. This is a men’s suicide prevention campaign: a call to action for men, by men, to drive authentic conversation amongst men and their buddies. By participating in the Buddy Up campaign year-round, and completing activities that promote connection and wellbeing, this is a great exercise in mental wellness. This IS suicide prevention! If you or someone you know needs the help of Buddy Up, go to www.buddyup.ca and get a conversation started. It could save a life… even yours.

To find out more about the Firearm Safety Education Service of Ontario, go to
www.fseso.org. Remember everyone can play a part in firearm safety.

Book boxes to appear in, around Schumacher