Timmins history: These stories could be made into a comedy movie 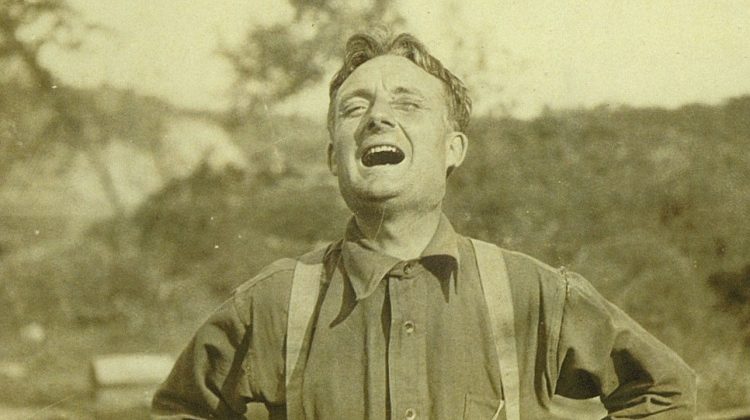 Dome Mine discoverer Jack Wilson, said to be quite a joker, enjoys a laugh. (Timmins Museum: National Exhibition Centre)

In last week’s examination of Timmins history and the Porcupine gold rush of 1908 and ’09… we met prospectors Jack Wilson and Harry Preston.  They found the vein of gold that became the Dome Mine.

Timmins Museum director-curator Karen Bachmann tells us that the day they staked their claim, they realized that their prospecting licences had expired the day before.

“Jack Wilson said ‘You stay here, Harry Preston.  Here is a rifle. You sit here and just protect this area, shoot whoever comes by, I don’t care, and we’ll run back and reinstitute our licences and then come back to you.’”

While in Haileybury renewing those licences, Wilson telegraphed the financial backer of his and Preston’s prospecting, a man in Chicago named Edwards. He promptly took a 36-hour train ride to Haileybury and insisted that Wilson take him to the find.

Bachmann says Wilson – being quite a joker – agreed to the request of  the suit, spats and shoes-wearing Edwards.

“Mr. Edwards went along and was a good sport, but got into trouble, twisted his ankle, they had to carry him along,” she recounts, “but he did finally get to see the gold at the Dome and the rest of that little story is history.”

Next week:  Two other big prospectors during the gold rush, Alex Gillies and Benny Hollinger.