Timmins history: The discovery of the Dome Mine in 1909 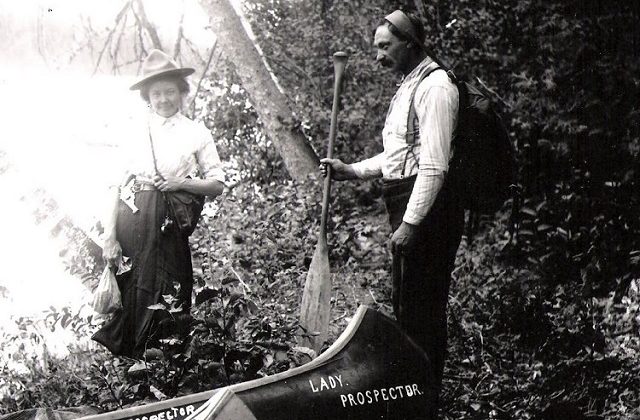 We’ve discussed before how people have been in the Timmins area for hundreds, if not thousands of years.

We’ll spend the next couple weeks of our look at local history with the time the area started to boom: the Porcupine Gold Rush of 1908 and ’09.

“And at the time it was an interesting thing to be doing,” she narrates, “because the rail lines had been coming through in this area and they were headed to Cochrane. So you could take the rail from Haileybury, you got off at Mile 222, which is at Kelso and then you portaged or you walked into that area at that point.”

Jack Wilson and Harry Preston led a prospecting party into this area. Bachmann says found a piece of land they said had a golden staircase.

“So it was a four-foot wide vein of gold that was actually sticking out on the quartz and it was in a dome shape. And I guess that means that they discovered the Dome Mine.”

Next week: A couple of stories about the early days of the Dome that could be made into a comedy.