Snow storm ‘one of the worst combinations’ 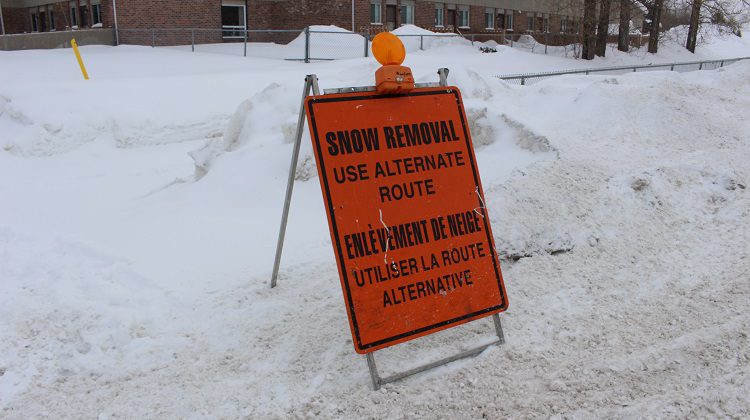 We survived, but that first blast of a winter storm overnight did present challenges.

City of Timmins public works manager Ken Krcel says it was one of the worst combinations his workers and equipment have to deal with. That’s because of the rain and slush that froze when the temperature dropped, and the rain changed to snow.

“You get wet, heavy snow and no one likes shoveling that,” Krcel observes.  “And the roads were warm, so a lot of that snow peeled right off and we had some large, wet snowbanks in front of residents’ driveways and we feel for them, but really we can’t control Mother Nature and there’s not much we can do about that.”

He points out that his workers live in town, too, and after working well into this afternoon, went home to the same type of snowbanks in front of their own driveways.

Also because the streets were still warm, plows went right down to the pavement.  So some equipment hit manholes, causing damage to their blades.

“We like to leave a nice, small layer of snow pack on the road, smoothens the roads up and protects the infrastructure underneath,” says Krcel. “But once again, Mother Nature doesn’t always work with us, so we do the best we can with the cards that have been deal to us.”

The combination of all that delayed snow clearing in the east end.