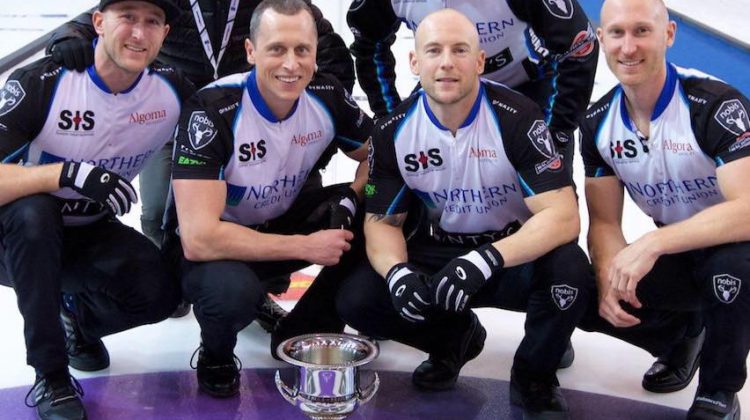 We’re in the middle of summer, but this afternoon curling will be on the minds of Timmins and area residents.   The Brad Jacobs rink of Sault Ste. Marie is Timmins with their gold.  The Jacobs foursome is considered Northern Ontario’s most successful curling team ever.  The team has won the Brier, the men’s World Curling championship and Olympic gold.  The team is at Northern Credit Union from 4:00pm to 5:00pm at 70 Mountjoy North signing autographs and having their pictures taken with fans.  Northern Credit Union has a two-year sponsorship deal with Jacobs and the team has been visiting Ontario communities this summer that have Credit Union branches.