First Nations could get their own provincial riding 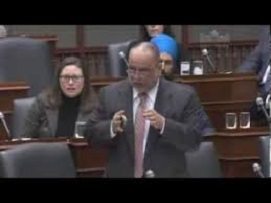 When the 2018 provincial election rolls around, Ontario will have 15 new ridings and one of them could be in the far north.  The Liberals are looking at splitting two existing northern ridings to create at least one seat that would serve First Nation communities.  One of those ridings is Timmins-James Bay, currently held by New Democrat Gilles Bisson.  Bisson likes the idea of a new riding that specifically serves First Nation communities, but he’s not holding his breath that it will happen.  The other riding that would likely be sub-divided to form the new riding is Kenora-Rainy River.