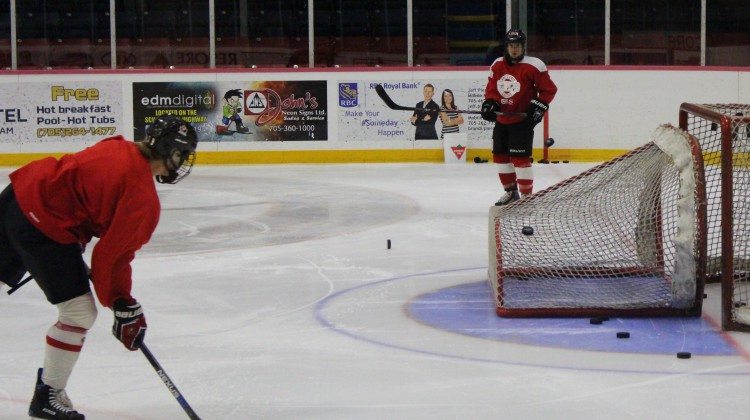 Two world champions, including an Olympic gold medalist, are in Timmins this week running training drills for local girls hockey teams. Brianne Jenner, who played for the 2014 women’s gold-medal team in Sochi, is joined by Hayleigh Cudmore, who is a world women’s under-18 champion.

President of the Timmins and District Girls Hockey Association, Renee Fleury, says having the national champions in town is going to help promote girls hockey in the north. She says it’s an inspiration to the young players, and shows them there is more out there than just hockey in northern Ontario. Fleury says that could mean scholarships, national teams, or even the Olympics.

Head Coach of the girls team, the Kiwanis Midget-A Falcons, Pete Montana, echoed those thoughts, saying he can see the inspiration in his team. Montana says he constantly tells his players that they have to start somewhere. He says he will reference players like Hayley Wickenheiser and Caroline Ouellette to reinforce the mantra that working hard enough could mean playing at their level.

The girls teams got to watch the players run their own one-on-one drills before hitting the ice themselves for Jenner and Cudmore to run a practice. The two are back at the Mac today for more training.