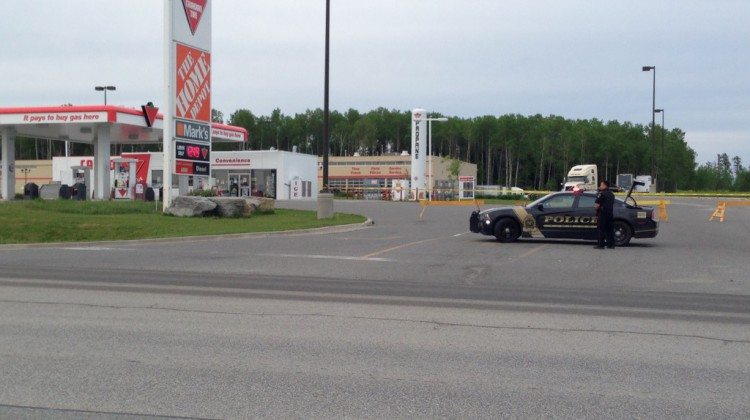 There has been a lot of criticism online after an armed suspect eluded police this week. Lots of questions on social media are revolving how did the suspect get away, when did he get away, and where is he now. The police say their best guess is that he snuck out of Canadian Tire in the early hours of the morning, right after the break in. Police got the call about the break at around 4:15 AM on Wednesday morning, and got to the building at about 4:20 AM.

There were no indications from the alarm company that the suspect had left the building, which led police to believe he was still inside. A day long search followed, complete with tactical units, emergency response teams, and canine units. The OPP flew in officers from around the province to help with the search.

The building was searched at around 8 PM, with no suspect turning up. The case was then turned back over to the Timmins Police from the OPP. Police say they have no indication of where he was headed after he left Canadian Tire, or where he is now.

Timmins Mayor Steve Black says he is happy with the work done by the TPS and the OPP. He says the teams worked long shifts, and although no suspect was found, certain safety measures had to be taken.

“They had to take the precautions they did to ensure the safety of the officers,” explains Black. “When you have a break-in involving firearms, you need to take the proper precautions and ensure you have the right equipment and personnel to go in. So that’s why the OPP Tactical Team was called in.”

The mayor says he wasn’t getting any updates that were above and beyond what the public was hearing. But he does say he spoke with the Chief of Police throughout the day to stay informed.

“I’ll have a few phone calls with senior staff at the police station as well, just to discuss matters. But it’s very similar along what the public is hearing. Obviously the main focus for me is on the operational side, to let them do what they need to do to try and take care of the situation and locate the suspect.”