Week 1 in the books for the Algonquin Blvd. reconstruction project 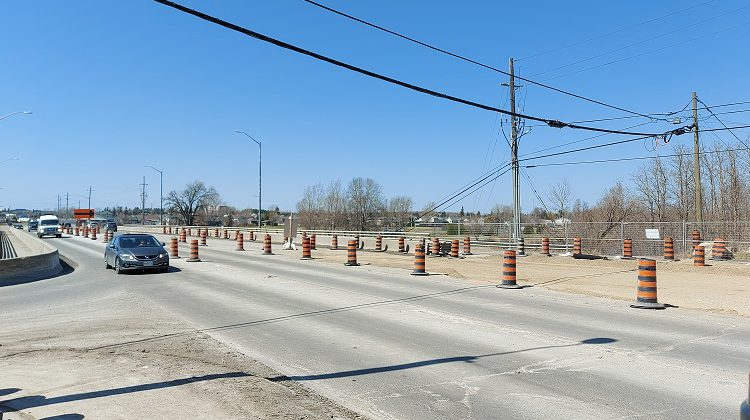 This week's work on the north side of Algonquin is done. Monday, it moves to the south side. (Bob McIntyre, MyTimminsNow.com staff)

The big machines near the Mattagami bridge are quiet, after completing the first week of work on the Algonquin Boulevard reconstruction project.

The city’s manager of public works Ken Krcel says the crew got work done on the north side of Algonquin.

“So effective Monday, they’ll be moving to the south side of Algonquin and closing the intersection of Mattagami Blvd. and Algonquin,” he outlines. “So Mattagami will be closed for probably the next week and a half.”

“It looks like sometime in the first week of May that we’ll be closing Algonquin completely and having the detour route ready for local traffic to go around by Wilson.”

That closure the first week of May will extend right to Thériault Blvd. The full project is slated to be completed in the fall. 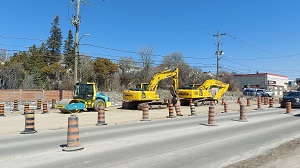 The workers and their machines are done for the week.
(Bob McIntyre, MyTimminsNow.com staff)