Kraft Creek Bridge set to be under construction next summer 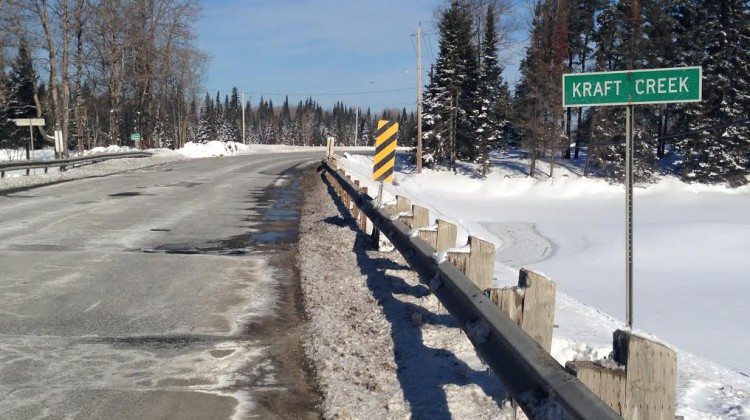 Construction on the Kraft Creek Bridge is expected to start next summer. A preliminary design study was released this week, which is estimating the project will cost between $3.5 and $4 million. There are two different construction options for the city to consider, which will impact cost and time. The cheaper option will take 12 weeks, while the more expensive of the two is set for an eight week timeline. Mayor Steve Black says if the city goes with the latter, they want some guarantees. He says it’s 12.5 half per cent more expensive, and for him to be able to approve that, he wants assurance it will last 12.5 per cent longer.

Project manager Laura Donaldson says there is no way to know for sure, and its lifespan will partly depend on the construction company hired to do the work. She says they have a plan to reroute airport traffic for the time the bridge is closed. There will be one route along Maclean Drive to Laforest for passenger vehicles, and a separate route for transports.

The bridge is expected to be closed next summer, which Donaldson says will have minimal impacts on school buses since it will be during summer break. The city still has to decide on which option they prefer. In the meantime, an application has been sent out to the Building Canada Fund to help pay for the bridge.