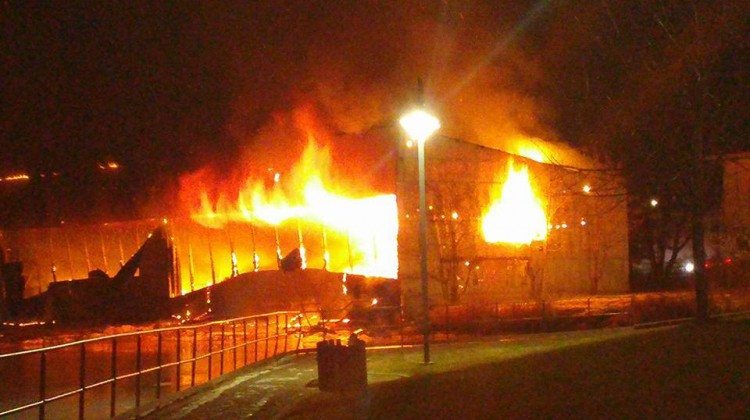 The Ratcliff airplane hangar in South Porcupine burnt down last night. It happened at about 8:40, with three crews from South End, Whitney, and Timmins heading out to the scene. One person has been sent to the hospital with minor injuries.

Fire Chief Mike Pintar says there were five planes inside, and not much is left of the building. He says it was a steel structure building, and it was mostly the contents that burned. He says there was fuel inside the building, so the flames were very hot and very high. The steel beams are still in tact, but have been compromised and are starting to bow, because of the heavy heat from the flames.

There is no word yet on what sparked the fire.