A Timmins hero has been awarded the highest honour from the U.S government 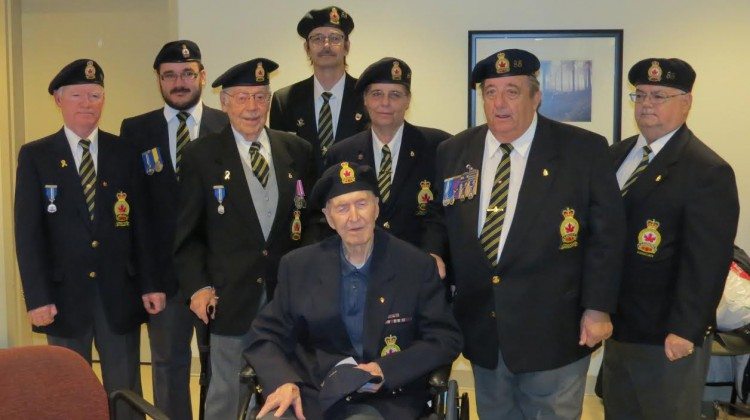 A Timmins man is receiving the highest honours from the American government for his service in World War II. 96-year-old Gerard Lafleche was honoured with a Congressional Gold Medal this week at Extendicare in Timmins.

Timmins-James Bay MP Charlie Angus says Lafleche gave valiant service in the First Special Service Force unit, which was made up of Canadian and American volunteers. He says Lafleche has lived here in Timmins, and never told anyone of the incredible work he did. Angus says when the world needed heroes, Lafleche was one of the ones who put himself forward and in risk.

Lafleche’s unit was best known for their nickname the Black Devils. They got that nickname because they attacked at night, fought hand to hand, and covered their faces with shoe polish when doing so. Angus says they were an extraordinary, elite force, and never spoke about it. He says these guys were the real deal.

The FSSF unit never lost a battle, and were one of few the Germans feared. Angus says Lafleche’s service is extraordinary for him, his family, and our entire region.