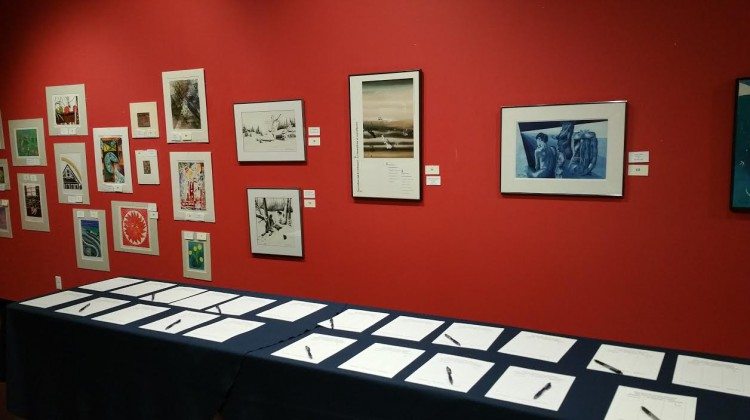 Photo: Some of the artwork in the silent auction. Supplied by Taylor Ablett

The Timmins Museum is celebrating a milestone. This year marks the institutions 40th anniversary, and was honoured with a party last night. There was a behind-the-scenes tour, a silent auction, and special exhibitions. Museum Curator, Karen Bachmann, says its more than just a place to house old stuff.

She says museums are important, they’re more than a storage facility and they are a place for people. She calls it a collective memory of the people of Timmins, and says the city is fortunate to have an institution that has been around for this long.

The museum started through the Chamber of Commerce in the 1950’s, and then the municipality took it over. Bachmann says that has given it the opportunity to do a lot of collecting and preserving of local heritage. She says in the last 40 years, over 700 travelling exhibitions have come through Timmins.

That includes Rembrandt and Van Gogh displays, a dinosaur exhibit, and local artists that have gone on to do things outside of our community.