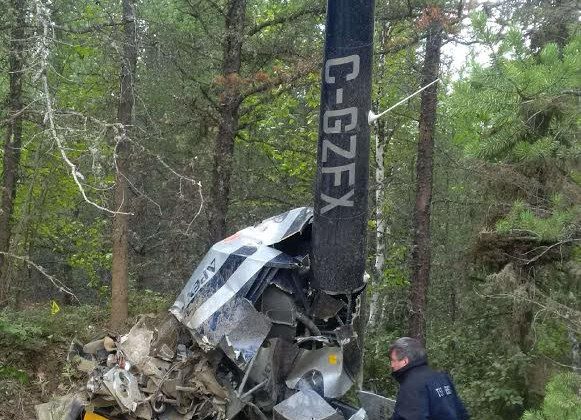 Photo: Supplied by the Transportation Safety Board

The wreckage of a helicopter crash in Foleyet has been removed and sent off for investigation. Lead investigator from the Transportation Safety Board Ross Peden says parts of the chopper will be shipped off to different parts of the country.

He says some of it is going to the TSB’s facility in Winnipeg, while other parts of the chopper are going to a lab in Ottawa where the state of the aircraft will be analyzed. Peden says they are also looking into weather as part of the preliminary investigation.

The chopper went missing just over a week ago, and was found three days later crashed in a wooded area. Two men were on board and died in the crash, 24-year-old Jeremie Belanger from Kapuskasing, and 41-year-old Ken Mielke from Kitchener.