Police looking for this duo 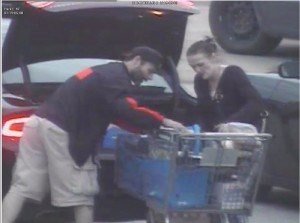 Police have tracked down a stolen car, but are still looking for the pair who took it. Crime Stoppers and the Timmins Police are asking for the public’s help in identifying two suspects. Timmins Police Constable Nick Osborne says the black Dodge Charger went missing in June. He says the two suspects stole the car on Mountjoy south, and ran errands with it. All of this was caught on tape by a company’s security camera.