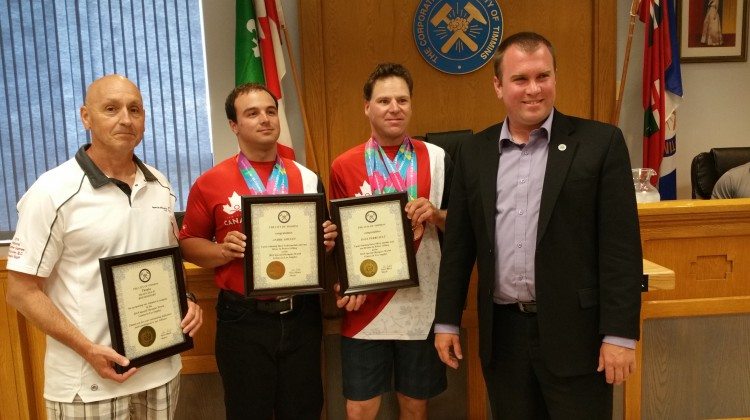 Two local athletes are being honoured after winning medals at the Special Olympics World Games. Andre Goulet won three golds and a silver, while Paul Perreault won three silvers and a bronze. The pair was in Los Angeles competing in the power lifting competitions. The two brought home a combined eight medals.

Mayor Steve Black recognized the two at city council this week with special certificates. Black not only honoured the athletes, but also their coach, Bob Boisvert. He thanked Boisvert for preparing the athletes, and for his dedication.