Kobzar Park gets an upgrade 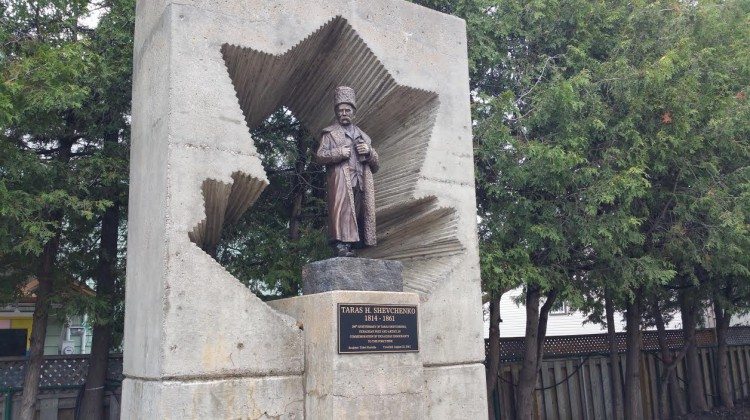 The facelift at Kobzar Park has been revealed. The park has been worked on over the last year and a half after it had been vandalized and stolen from. The main feature of Saturday’s rededication was the unveiling of a new Taras Shevchenko statue. The original statue was vandalized beyond repair last year.

Shevchenko is a poet who is an important part of the Ukrainian independence. The park itself was created in the early 80’s to honour the Ukrainian pioneers who settled at the Porcupine Camp. The Kobzar Park Rejuvenation Committee has been fundraising over the past year for new flowers, statue, and Kobzar.