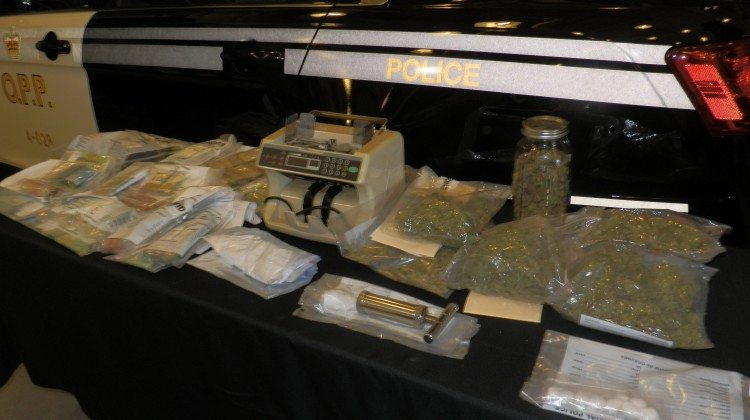 A year long investigation has ended in charges for 25 people. The OPP investigation worked on breaking up an organized crime unit. In the process, they seized over $115, 000 of cash, and around $120, 000 worth of drugs. That includes 1.3 kilograms of pot. Chief Superintendent of the OPP’s organized crime unit, Rick Barnum, says around 2000 grams of cocaine were seized.

“That’s a devastating amount,” says Barnum. “It’s not healthy for our communities. I always like to point that these individuals, at higher lever organized crime groups, they don’t just deal in cocaine or narcotics. They deal in violence, they deal in the destruction of our families, they deal in addiction, and they deal to destabilize and destruct communities.”

Along with the drugs and cash, OPP also seized 14 cars. Some of the charges laid are drug trafficking, organized crime, and conspiracy to commit assault. Some of the cars were higher end SUV’s, like a Yukon Denali, a Jeep Grand Cherokee, and a Land Rover. The 25 Timmins area people were all arrested on Tuesday.