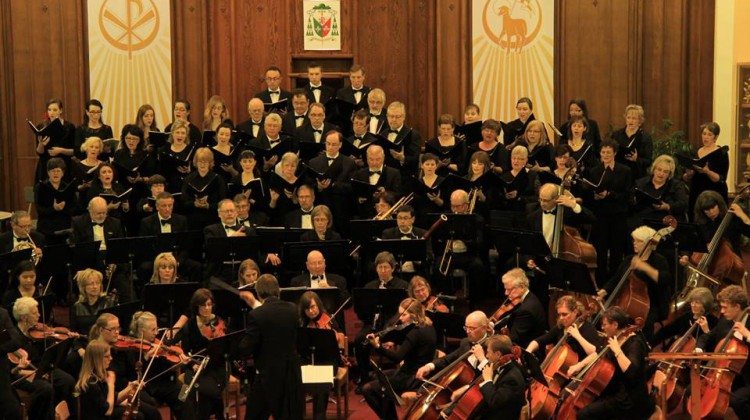 The Timmins music community is going to see some changes in the fall. Matthew Jones, Conductor of the Timmins Symphony Orchestra, is moving on after 15 years. Jones has a degree from Laurier University in Cello, and he says music has been a life long passion for him.

“Using sound as your medium for expressing was always something that came to me very easily,” explains Jones. “In truth though, I really discovered my aptitude for music when I was in about grade two, and that was playing the recorder.”

Jones says him and his family are moving to Waterloo in the fall, where he will be working as the conductor of an orchestra.

“I feel like I go down to Waterloo with so much experience that I’ve gained here, so much confidence actually, that the Timmins Symphony has given to me, that I’m heading down there with the same sense of optimism that I came up here in the first place with.”

Jones says the move is bitter sweet, and hopes the new symphony can live up to Timmins. “They have big shoes to fill. The Timmins Symphony has been an absolutely wonderful experience and opportunity for me over the years. So much great support here.”

In talking about his time with the symphony here, Jones says a highlight moment for him was performing Beethoven’s Symphony Nine for the orchestra’s 25th anniversary.

“It was a watershed moment. Partly because the repertoire was harder and more difficult. It raised, I felt, raised the level of the orchestra and the expectations of my artistic leadership. And also, it introduced the choir, the Timmins Symphony Chorus, to the family of musicians of the Timmins Symphony. And that choir has been a really huge part of my musical nourishment over the years here in Timmins.”

He also mentions Timmins’ 100th anniversary celebrations where they put on a musical telling the story of Timmins.

Jones hasn’t officially resigned from the TSO yet, but he says his family and him are planning on being fully set up in their new home in Waterloo by the fall. He will help the symphony in their search for a new leader, and says he hopes to find a full time music director who lives in the city.