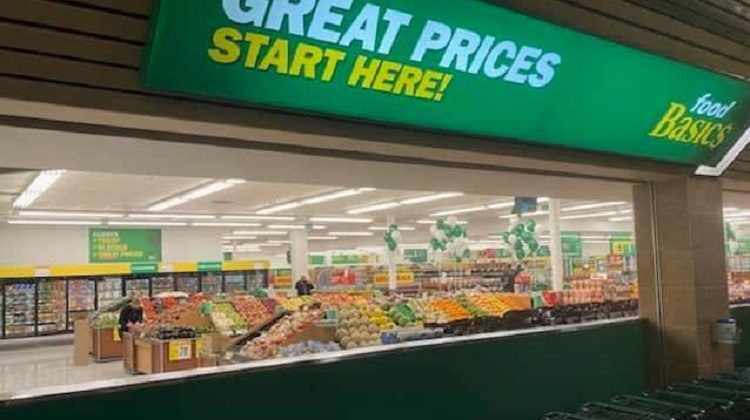 After 27 months without one, the East End has a full-service grocery store again. Food Basics opened this morning in the Porcupine Mall, in the former Metro location.

Theresa Rycaj led the campaign to get a grocery store closer than Highway 655, when Metro pulled out in late summer, 2019. She was at the grand opening and says she shopped ‘til she dropped.

“The store itself is very well laid out, as far as products and what they’re offering,” she enthuses. “It’s a very nice store. They did an awesome job.”

Rycaj doesn’t have all the details on why it took so long, but knows the pandemic played a role.  She says what’s important is that Food Basics is open.

“That’s the main thing and especially for our seniors, our low income families, the students at the college. This is what they needed.”

Rycaj says all those groups have issues with getting into Timmins for groceries and then getting them back, often on a bus.