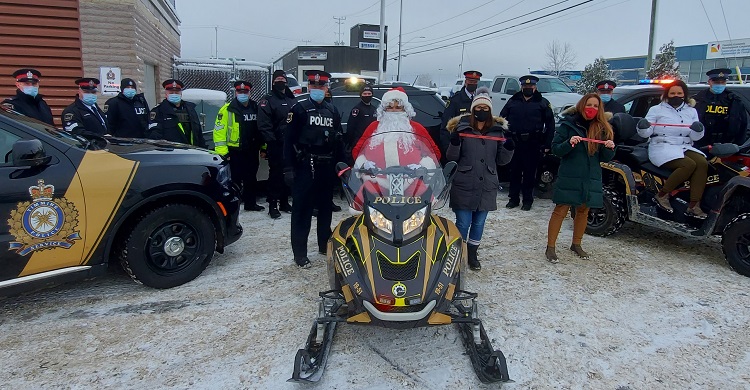 Santa Claus is backed by members of the OPP, Timmins Police and the local chapter of MADD during the launch of this year's Festive RIDE program. (Bob McIntyre, MyTimminsNow.com staff)

Police right across our region enforce impaired driving laws year-round, with a special emphasis on the holiday season.

“Now you expect to see them in the middle of the day, early morning hours,” he notes. “We’re finding that our impaired stats – particularly those with drugs – are occurring all hours of the day.

For decades, police and allied organizations have been preaching about the dangers of driving while impaired.  Yet events like Festive RIDE are still needed to drive the message home.

Sgt. Chypyha says people are still not getting the message.

“Police services throughout not only Ontario but Canada are finding that the number of impaired drivers, particularly those with drugs, has increased.”

The stepped-up enforcement during Festive RIDE is until January 2nd. Expect to see more roadside stops any time, day or night. 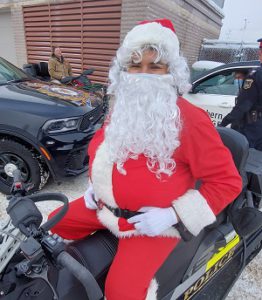 Santa Claus popped in from the North Pole for the Festive RIDE launch. Northern College police foundations student James Wynne of Kapuskasing gets an “A” for masterfully handling the logistics of the jolly old elf’s visit.
(Bob McIntyre, MyTimminsNow.com staff)