Visiting Science Timmins could lead to a Guinness world record 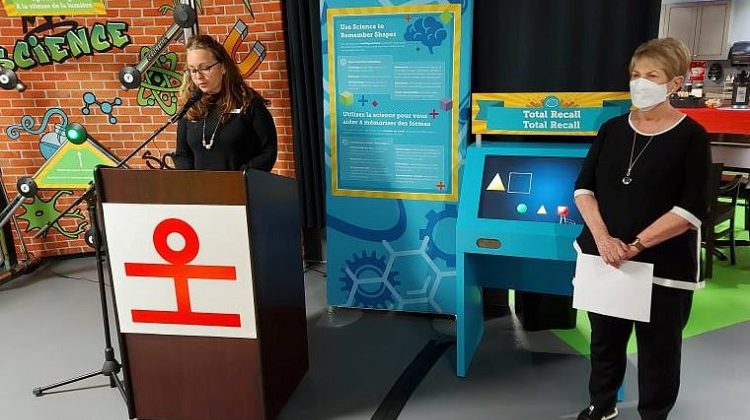 Lora Clausen from Science North and Lorraine Cantin, chair of the board of Science Timmins, at the opening of the Guinness world record exhibit. (Bob McIntyre, MyTimminsNow.com staff)

A Science North travelling exhibit that’s at Science Timmins until December 2nd could end up with Timmins being in the Guinness Book of World Records.

Science North senior scientist of Northern initiatives Lora Clausen says it has several hands-on activities that could prompt a run at a record, such as Ecole Secondaire Thériault’s attempts to set the record for the number of people in a VW bug in 1969 and 1999.

“There’s physics within that,” Clausen laughs. “You can absolutely find the science behind that, absolutely.”

The exhibit comes with two bluecoats, “who are Science North and Science Timmins science communicators that engage with visitors, let them know all about what’s in the exhibit and help disseminate the science that’s in that,” says Clausen.

The last record for Timmins was from Ecole Secondaire Thériault’. In November 1999, it crammed 27 students into a VW Beetle in five minutes and 14 seconds. An earlier attempt at the same record was made at the school in 1969. 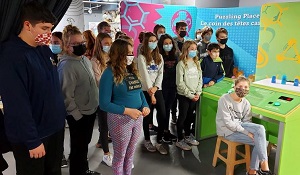 Tuesday’s grand opening of the exhibit hosted a Grade 8 class from Ecole Anicet-Morin. 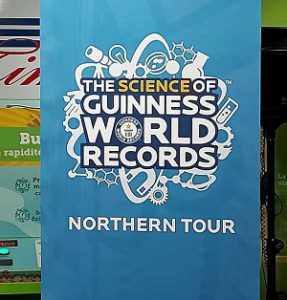