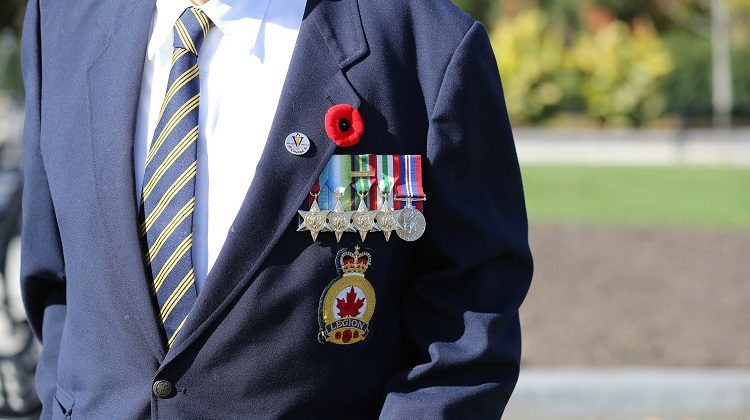 This year is the 100th  anniversary of the poppy.

“And it was adopted by the Canadian War Association here in Canada,” she says, “because the Legion didn’t start until 1926. However, the Legion has upheld the tradition since it started in 1926.”

This year’s poppy sales campaign begins next Friday, October 29th and goes until Tuesday, November 9th. Villeneuve says it will be a little easier for the Legion than last year, when COVID-19 restrictions kept Legionnaires and cadets from selling poppies outside local businesses.

“There’ll still be boxes available at various retail stores,” she notes, “but we always try to go for example to liquor, beer stores, grocery stores etc. So those are the places that we’ll be aiming for.”