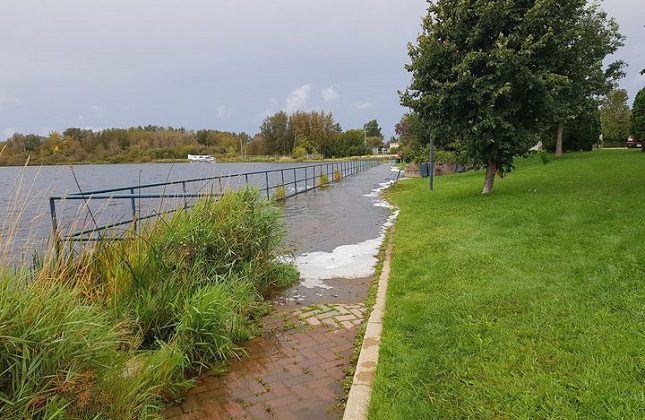 This photo of a path along Porcupine Lake was taken at about 10:00am Tuesday. (Norm Nankervis)

It’s September, not April, yet a watershed conditions statement has been issued for Porcupine Lake and Porcupine River by the Timmins Flood Advisory Committee

“We’ve received about 75 to 80 mm of rain since September 5th,” he reports. “The water body or water course is fairly slow moving, so it’s taking a whie to drain. As we get more rain, the level is rising a little bit and in some of the low lying areas we’re seeing some flooding.”

Water has already breached shore in some spots. “Most of the area surrounding Porcupine Lake is in a flood plain, so it’s not surprising that we are seeing some flooding in low lying areas,” Vallier adds.

The flood advisory committee is monitoring all water courses in the area, reminding you to talk to your kids about the hazards of rising, fast moving water.