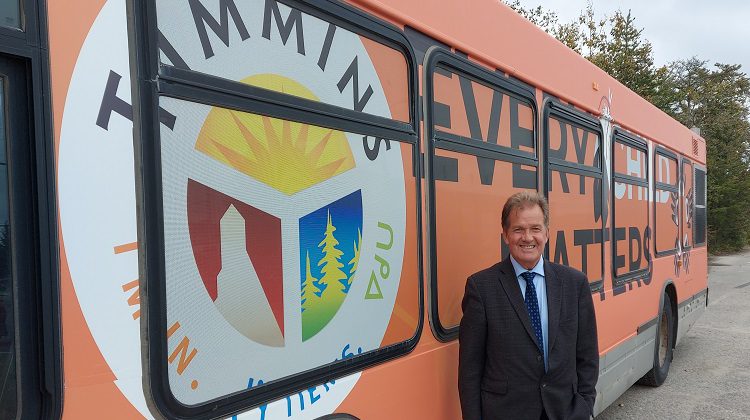 Three seemingly small words that carry a busload of meaning are now on the sides of a Timmins Transit bus. “Every Child Matters” is emblazoned on the bus that will be in regular rotation.

Mayor George Pirie says it’s part of the city’s response to the discovery of undocumented graves at Indian residential schools, and part of September being Indigenous Month.

Pirie points out that Indigenous relationships have always been a critical plank of his administration.

“And I’ve said nothing will happen of significance within the city of Timmins without those relationships with Indigenous peoples.”