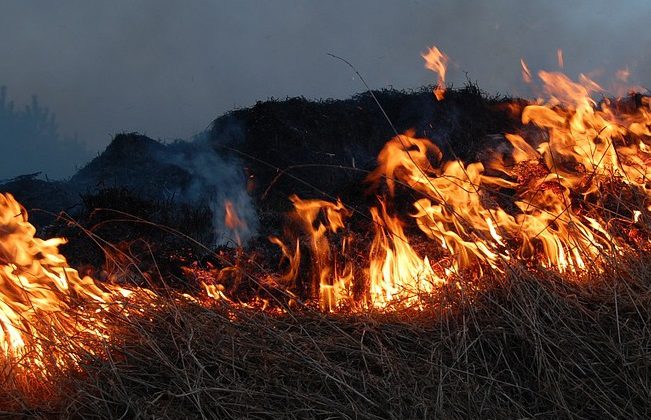 In the midst of a fire ban, a Sunshine Coast man is facing a hefty fine after intentionally setting his lawn on fire.

This past Tuesday, July 27th at 8:45 pm, the Sunshine Coast RCMP was dispatched to a home in the 1300-block of Port Mellon Highway after reports of heavy smoke and fire.

The home isn’t far from the Langdale ferry terminal. Among the callers were people on a nearby BC Ferries vessel, who could see the flames when passing by.

“Police met with the homeowner who advised that instead of cutting the tall grass, he decided to burn it,” the RCMP says. “Multiple units from the fire department attended and extinguished the fire, which was 10-feet in diameter.”

According to police, the man was warned about the recklessness of his actions. He was also issued an $1150 fine under the ‘Wildfire Act’.

And while this fire was intentional, British Columbians are urged to stay vigilant, keeping in mind that a fire can spark unintentionally as well.

The coastal fire region — which includes the Sunshine Coast and Vancouver Island — currently sits on the ‘extreme’ end of B.C.’s wildfire danger rating.

“We’re messaging out very strongly that the responsibility of everyone in the Coastal area right now is to exercise a high degree of due diligence, so we’re not the source of an avoidable fire,” Jakobsen said. “This is how we can help with the State of Emergency and the efforts in the interior, and keep each other safe.”