Young cancer patient Seb Proulx and his family from Iroquois Falls are the focus of a poker run tomorrow, put on by the Timmins Tuners car club.

Founder/president Teejay McDonell says the money will help the Proulx family with their expenses.  It’s the third year of the fundraising event.

“My target is to beat last year’s amount. So last year’s amount is roughly about 12,800 and 50-some-odd dollars. My goal this year is to try and match it or surpass it,” he says, explaining “I put out the nominations within my club and they nominate someone close to them or someone they know and we go through the nominations and Seb was nominated twice by two members, so we chose him this year.” 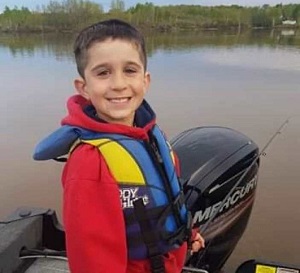 The poker run starts at 9:00am at Narduzzi’s in Porcupine,winds through Iroquois Falls and then back to Timmins.  If you see the cars stopped anywhere along the way, they’ll be accepting cash donations.