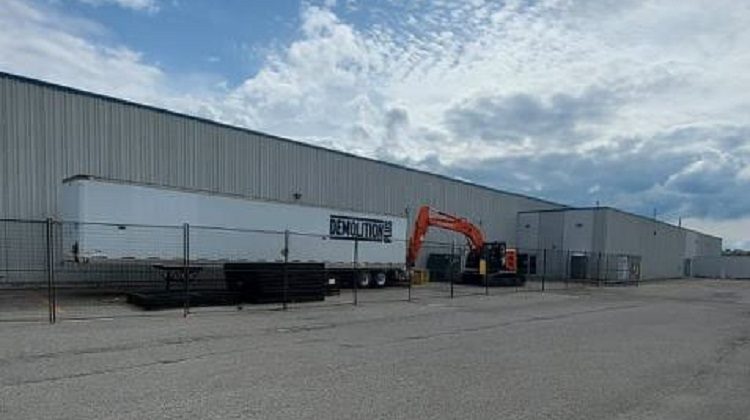 By sometime in October, the east end of Timmins Square will be no more. The 109,000-sq. ft.  space that’s been unoccupied for several years after the departure of Sears is being torn down. Property manager Brenda McLeish confirms that the demolition plan is being put into action.

“Since Sears closed in August, 2017, we’ve been at the drawing board with many different plans,” she says, “and unfortunately it’s just not making any sense to do anything other than to tear it down at this point.”

The mall’s owner – RioCan – says demolition will help it “ensure Timmins Square continues to meet the needs of our valued tenants and Timmins and surrounding community”.

“We started on June 15th,” McLeish adds.  “We’ve gone into a total demolition.” That work is expected to be complete in October.

When the Square first opened in 1976, that space was a Woolco store, then WalMart once it bought out Woolco.

When Timmins Square first opened in Fall, 1976, the east end was occupied by Woolco.
(Vic Ferri via Historic Northern Ontario/Facebook)