Timmins history: A tragic flood in 1961 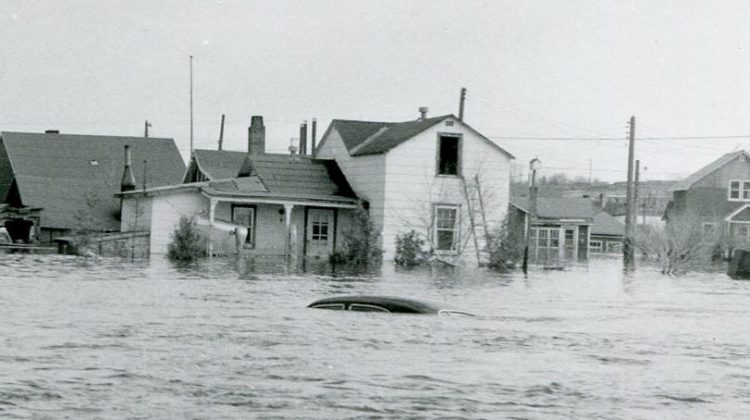 An undated photo of a flood in Timmins. Notice the car roof in the centre. (Timmins Museum: National Exhibition Centre)

Last week’s transfer of Flintstone Park into the ownership of city hall got Timmins Museum director-curator Karen Bachmann thinking about historic floods in the city.

We’re not likely to see flooding in the area of the park anymore, because of upgrades to how Town Creek flows beside it.  But Bachmann notes one particularly tragic flood right there in August, 1961.

In the weeks to come, we’ll remember more local floods – and they’re not all blamed on the Mattagami River.