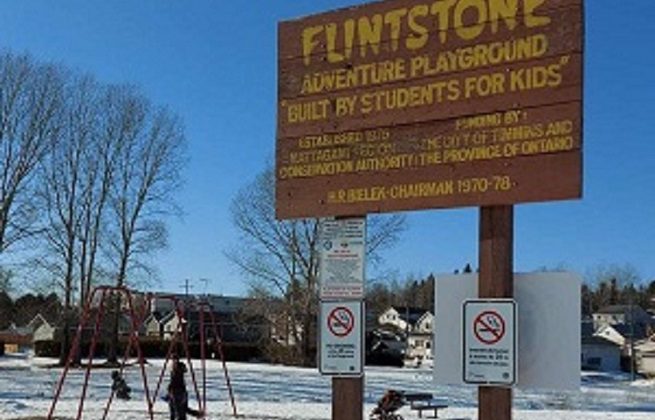 Flintstone Park has been saved, without any houses being built on it.

City council this week approved transfer of ownership of the park from the Mattagami Region Conservation Authority to the municipality.  And the plan to sell two housing lots is dead.

Unveiled in March, the plan was a move by the MRCA to add $80,000 to its business plan.  Mayor George Pirie says Kirkland Lake Gold has donated that amount instead. 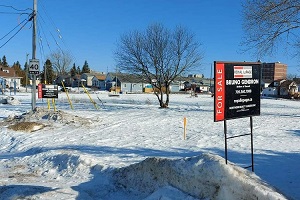 Neighbours were up in arms when two for sale signs showed up at Flintstone Park in March.
(Bob McIntyre, MyTimminsNow.com staff)

Ward 5 Councillor Cory Robin lives nearby, and gives thanks to what  he calls the volunteers who made some noise when the for sale signs went up.

“Including those that made the Facebook group, made the online petition and there was a few that went door to door to get people who live nearby to sign a petition to say ‘please save our park’,” he says, adding “I’m really happy that this is coming up and I’m thankful for the community nearby to say ‘please don’t do this.’”