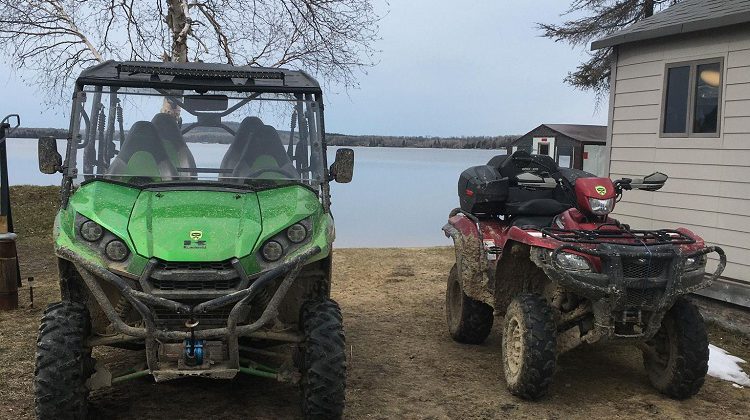 These are the kinds of ATVs you might see on streets as they come back and forth from trails. (Photo supplied by Rick Marin, Timmins ATV Club)

The president of the Timmins ATV Club is refuting some of the claims made at Tuesday night’s council meeting. Rick Marin says contrary to what Coun. Rock Whissell said, the club does have designated trails in the west end.

“First of all, the season starts May 1st,” he explains.  “Second of all, I’m still waiting on the MNRF for the permission to use these pieces of land, and also the landowners, private property and so on and so forth.”

Marin emphasizes that he has been in contact with the Timmins Police traffic section, and will continue that process.

As the club asks for permission to use certain streets to get ATVs to the trails, Marin says it’s taking a three-phase approach.

“Phase 1 right now would be probably from Shirley (St.), west 101, all the way down Dalton Rd. That’s what we’re asking for, right off the bat.”