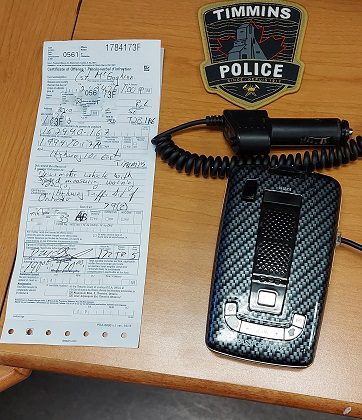 The ticket issued to an Alberta driver and the reason for it: a radar detector. (Timmins Police Service)

An Alberta driver has been busted by Timmins Police for using a radar detector.

He was pulled over in Porcupine on Monday for a traffic offence.  The officer noticed the device that warns the driver when radar is being used to catch speeders.