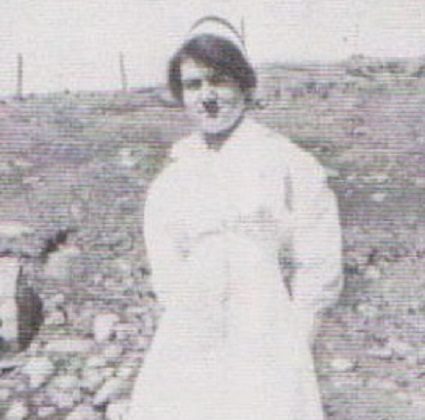 In 1918, the town council pledged $300.00 towards a memorial to Laura Keon. The nurse from the Ottawa Valley visited relatives in Timmins and decided to stay, to help care for victims of the Spanish flu epidemic. Local historian Diane Armstrong says that was a fatal decision.

“She died after contracting the disease and she only lived for four days after she got ,” Armstrong states.

She took up Keon’s cause at the suggestion of Nora Lake and Greg Reynolds, two other proponents of the Keon commemoration.  Mayor Pirie wants a plaque erected.  Armstrong says she leaves the format to the people. “We’ve got monuments to miners and prospectors and developers, but none of them died doing any of that work.”

Armstrong’s research shows that in one ten-day period, 24 people died of Spanish flu between Porcupine and Timmins.