How windy is it? 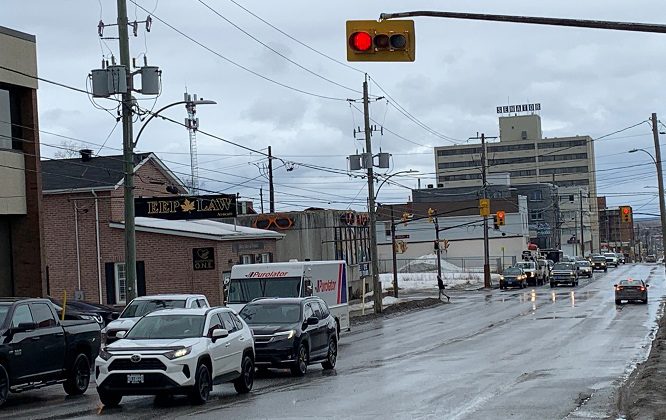 This traffic light at Algonquin Blvd. and Balsam St., outside the old Timmins Police building, hangs precariously by its wires after apparently being partly ripped out by the wind. When this photo was taken, Environment Canada was saying the wind was from the southwest, gusting up to 45 kmh. (Bob McIntyre, MyTimminsNow.com staff)

A traffic light at the corner of Algonquin Blvd. and Balsam St. today looked like it was a Quebec traffic light, sideways from what they are in Ontario.

Actually, it was hanging by its wires because of the high wind, and hanging on precariously.