Timmins history: The origins of the Bucovetsky’s/Tweed and Hickory building 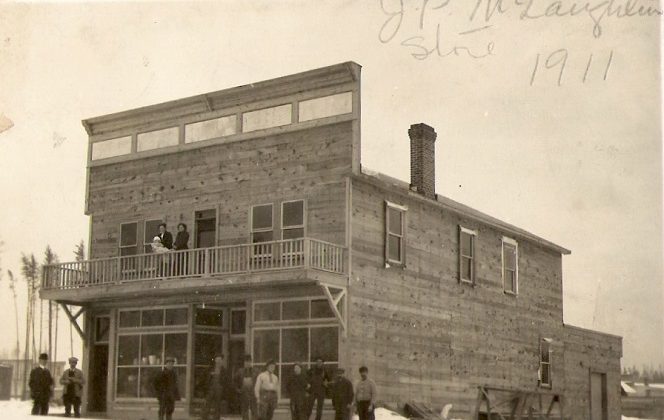 J.P. McLaughlin claimed his store was the first in downtown Timmins. There is no evidence contradicting that. (Timmins Museum: National Exhibition Centre)

There’s a very prominent building on Third Avenue in Timmins that is drawing a lot of attention lately.  Whether you refer to it as Tweed and Hickory or Bucovetsky’s, we’re going to spend the next few weeks right there, during our examination of local history.

Museum curator-director Karen Bachmann says it’s been the site of one type of business or the other since 1911.

“And that was a store that started off with a gentleman by the name of J.P.McLaughlin,” she relates.” He came up to the Porcupine as a merchant, big business guy, saw the potential, knew what was going on here, bought some land from Noah Timmins and set up his store.”

McLaughlin claimed it was the first store downtown, and Bachmann has no evidence to refute that.

Next week: The Bucovetsky era begins.