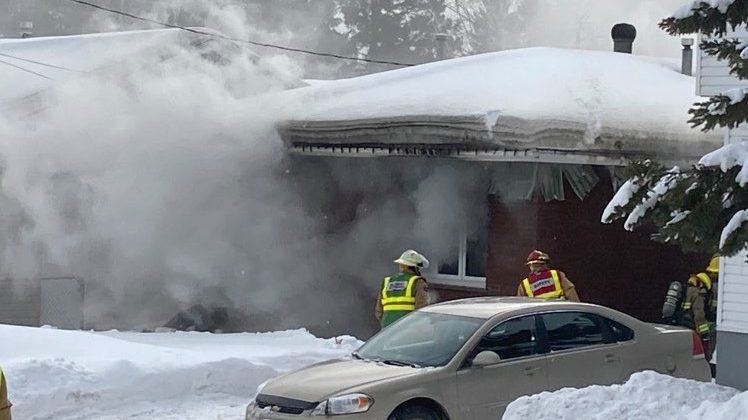 A house in the Connaught Hill area of South Porcupine was severely damaged by fire this morning.

Timmins Deputy Fire Chief Ellard Beaven says a neighbour noticed smoke shortly before 9:00am.  No one was inside the house at 111 Dunn Avenue

“It started in the basement, we know that,” says Deputy Beaven. “But as far as the cause, we’re unsure right now and now the problem is because of the extensive fire damage, the building’s unsafe to enter right now.”

“It was actually under renovation. The home owner was renovating early in the evening. He had left and was returning the next day but unfortunately he came home to his house being on fire.”

The insurance company will have to shore up the house before anyone can go in to investigate.  Beaven adds the basement will have to be drained of water. 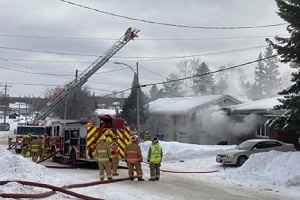