We all know that both Shania Twain and Stompin’ Tom Connors got their starts in Timmins. And as we find out in this week’s look back at the city’s history, a lot of famous entertainers performed here back in the day.

Timmins Museum director-curator Karen Bachmann says that famous Canadian jazz pianist Oscar Peterson often drove to Timmins, to perform at places like the Goldfields Hotel and the McIntyre Arena,  and to play for dances at the Riverside Pavilion – “the Pav”. 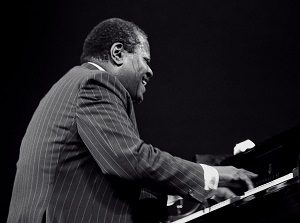 One of his last trips was probably the most memorable to Peterson himself.

“He was coming through in January in the middle of a snow storm,” Bachmann tells, “got into a car accident in Matheson, but was bound and determined.  So some people picked him up and his band along the side of the road and made sure he got in to do his performance.”

Sammy Davis Jr. also made at least one appearance.

“He was 13 when he performed in the community,” says Bachmann. “There’s some discrepancy about whether he played at the Pav or he played at the Cartier (Theatre), but he did play and he was a singer here that was really well received.” 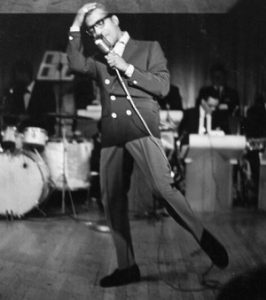