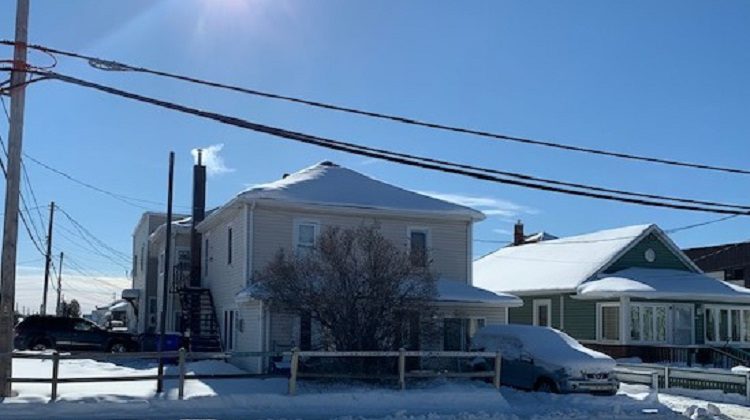 153 Kirby Ave., one of two locations for simultaneous drug raids Thursday morning. The other is on Joseph St. (Bob McIntyre, MyTimminsNow.com)

Simultaneous raids on houses on Kirby Ave. and Joseph St. in Timmins Thursday morning netted city police what they call “a significant amount” of methamphetamine.

Communications coordinator Marc Depatie says some of the seven people arrested are from the Toronto area, the rest are local.

“They seem to persist in this type of drug activity,” he remarks. “coming to northern communities form outside the area, plying their illicit trade and profiting at the expense of persons who are confronted with drug addiction challenges.”

”This speaks to the network of drug trafficking that is currently in place. We hope to have struck a blow here and dismantled a significant aspect of the drug trade in Timmins.”

Depatie adds that information is the foundation of any police investigation.  If you have any that might lead to a drug bust, he encourages you to call Timmins Police or Crime Stoppers.

The raids were conducted by the emergency response team of city police, with some help from the OPP.

UPDATE AT 2:45pm:  Depatie now says the seizure includes “10,000 methamphetamine tablets…along with a .22 cal handgun, cash, Fentanyl patches, some crystal meth and a cache of other pills that need to be identified, and drug paraphernalia.”  Two of the seven people arrested are Torontonians.