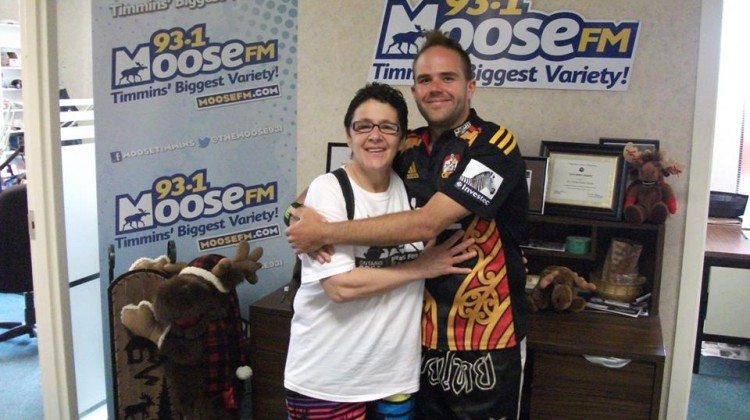 A local man is back in Timmins after surviving the two deadly earthquakes in Nepal.

Stephane Chouinard was in a remote part Nepal during the first quake, which hit 7.8 on the Richter scale. He was doing the Annapurna circuit, which is a hike that takes two to three weeks. They were in the middle of the hike, in a small town called Manang. He says he was sitting in the lounge area of his hotel when the first earthquake hit.

“All of a sudden the table just started dancing in front of me,” says Chouinard. “I was there with a couple of backpackers, well hikers, and I was like, what is going on. It just suddenly clicked; wow, earthquake. We just ran out of the building, I mean right away.”

It was a debate for the group of around 30 hikers to continue with the trek, or head back. Chouinard says they were right in the middle of the hike that is laid out like a horseshoe, and the starting point was close to the centre of the earthquake. Because of that, they figured the destruction would be bad.

“Going back was something we told ourselves is probably going to be worse. Keep going was the best option. But, we knew we had to wait a couple of days. Going right away is not good either, because there’s always aftershocks and everything. Where we were was at 3, 500 metres, and we have to ascend to cross to get to the other side of the mountain which was 5, 400 metres. The higher you get, there’s snow, avalanches, greater risk of […] altitude sickness.”

Chouinard says if anything had happened, there would have been no rescue teams available to help them, since they were already busy with the heavily damaged areas. He says they ended up in a tourist area, with buildings that were well built. Those ones survived the quake, but the little villages without a lot of money didn’t do as well.

“The homes are built […] it’s just rocks that are stacked one on top of the other. The roof is […] logs, and hay and stuff like that, and dirt. And that’s the roof. So they crumbled.”

Chouinard then travelled back to Kathmandu, the capital of Nepal, and was there when the second earthquake hit. He was heading back to a hotel to pick up some clothes and a laptop he left while he went on the Annapurna hike.

“This time it was a lot scarier. This time there is buildings, there is a lot of people, so there’s panic,” says Chouinard, of the 7.3 magnitude quake.

“I was really really panicking. The thing is, you have to run in the middle of the streets because the streets aren’t that wide, everything is narrow. So you’re in the middle of the streets, and you’re looking on both sides. The buildings are kind of like shaking a bit […] the bricks were falling off. You’re kind of telling yourself, is the one on the left going to fall, is the one on right? So you constantly see people looking left, right, left, right, just to make sure that if a building, if the left one falls, you run to the right.”

Chouinard says travelling home took 35 hours in total, and although his final flight home from Toronto to Timmins was cancelled, he took it all in stride.

“It was quite amazing, it was touching,” says Chouinard of the reception at the airport when he finally got home Friday night.

He says this experience won’t scare him off of travelling, simply saying these kinds of things happen. Chouinard says Nepal is a beautiful country to visit, and highly recommends going there. Even though he plans to go back to help with the relief effort, he says the tourism industry alone helps to fuel the economy.

“I’m definitely going back next year, one hundred percent.”

Photo: Stephane and his mother Edith, who lives in South Porcupine.