Timmins history: The first schools in the Porcupine mining camp in the 1910s 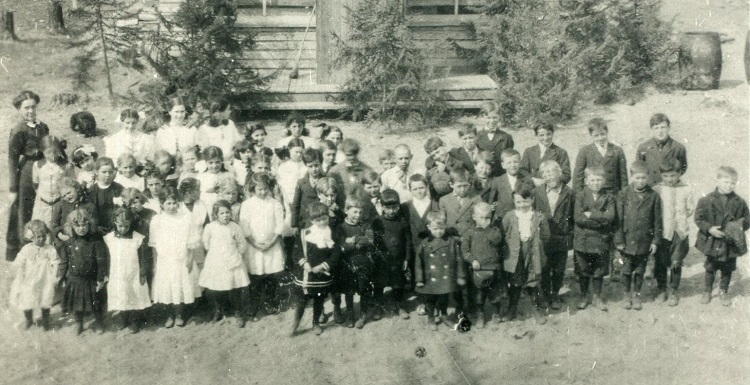 As we look back at Timmins history, we’ll spend the next few weeks talking about the earliest schools in the mining camp.

Following its founding in 1909, families started moving in.  Because of that, the first school was built in 1911.  As museum director-curator Karen Bachmann recounts, it was run by Miss Wilkinson, and destroyed by the Great Fire of that same year.

“That is one of the first things that they rebuild, though,” she notes.  “So we rebuild the one-room school house, kids are back in school in 1911 and away we are, off to the races.”

The first school right in Timmins was a two-room structure where the 101 Mall is today, pre-dating Central Public.  And on Third Avenue, what was known as The Timmins School had one room.

Buildings also went up in Schumacher and Porcupine, to teach the children of mining camp pioneers.

“They didn’t always stay in school,” says Bachmann. “A lot of them didn’t have the opportunity to study much, because kids at that time worked and helped with family things and weren’t necessarily always ready or sent off to do schooling the way that we do it today.”

In the weeks ahead: how students were expected to behave in those schools; and where in the city you can still see one of the earlier school buildings.