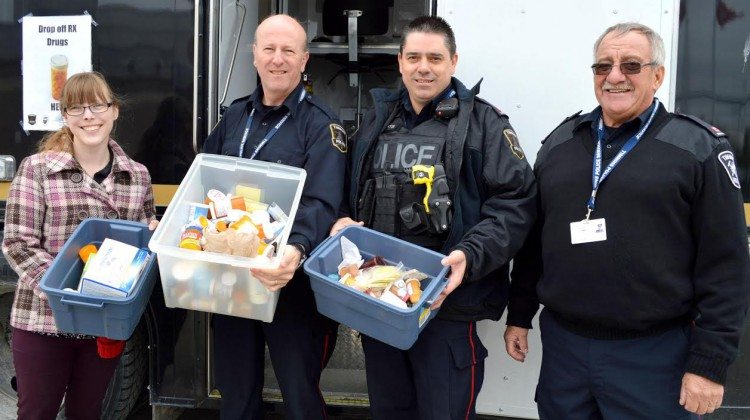 Around 30 lbs of prescription drugs were thrown away during this year’s Drug Drop-Off Event. The Timmins Police hosted the event over the weekend, to try and get old and unused prescriptions tossed in the right away. They had someone leave opiates, which can be dangerous if misused.

“The event has several goals,” explained TPS Inspector Richard Blanchette. “The first is to allow residents to dispose of their medication in a way that’s safe for the environment. We also want to raise awareness about the dangers of misusing any type of medication, along with ensuring that these medications are disposed of, so that they don’t end up in the wrong hands.”

Old medications can also be dropped off at a pharmacy at any time.