Containment on Sixth Ave. in Timmins lasts all night and into the morning 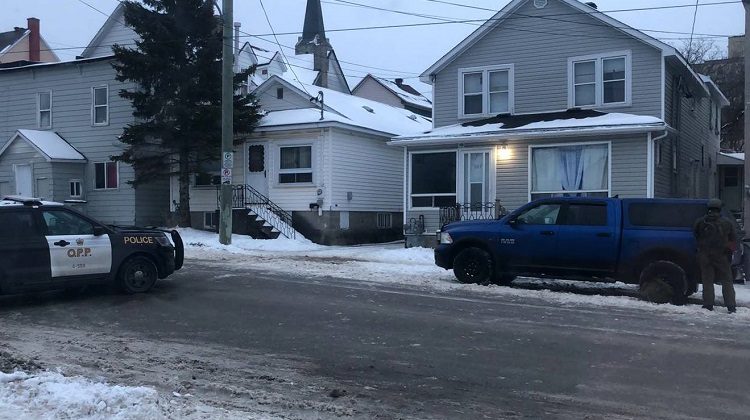 Tactical police officers keep a watchful eye on a home on Sixth Ave. They were called to a report of a gun being fired at about 11:00pm Monday. (Photo submitted by Peter Lawryniw)

Timmins Police use “isolated incident” to describe what led to the overnight containment of a north end neighbourhood.

Communications coordinator Marc Depatie says the call came in at about eleven o’clock.

“There’s no indication that anybody was injured in terms of the firearm being discharged, but that remains to be determined. There is no physical sign of that being the case at present,” says Depatie.

Investigators plan to get a search warrant in order to locate and secure evidence in the apartment.

“This is an altercation between parties within a basement unit and the firearm obviously was discharged and this alerted police to the fact that a criminal act had occurred.”

City police deployed their mobile command unit and called in an OPP dog and its tactical rescue unit. 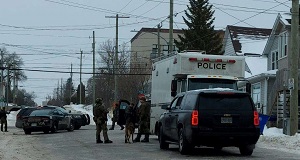 Missing Ottawa boys could be in Timmins