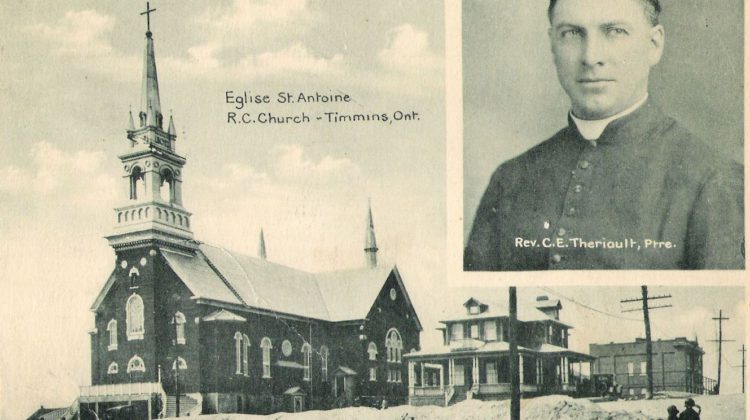 Your belt might still be out a few notches after the feasting you did over the weekend.  As we look at Timmins history, museum director-curator Karen Bachmann tells us even in the 1920s, however, there were needy families who couldn’t afford any of that.

So Father Thériault enlisted the Richelieu and the Knights of Columbus to organize fundraising turkey stags for men.

The stag featured card games, boxing matches, musical performances and a lot of food – all for men only.

“All the money and the proceeds for that created these huge baskets,” Bachmann recounts. “So everybody got turkeys and potatoes and carrots and cakes and some gifts for the kids, and they were huge baskets that they would make up.”

The stags began in the mid 1920s and lasted until the end of the Depression.