The man who shoulders the ultimate responsibility for enforcing pandemic laws in Timmins hasn’t felt any weight from it.

Police chief John Gauthier says during the first nine months, residents of the city have been very, very good.

“I would even go to the point of saying extremely good,” he comments.  “They follow the recommendations from the Porcupine Health Unit and from the province. I’m happy to report that no charges have been laid by the Timmins Police Service and at most, warnings have been issued.” 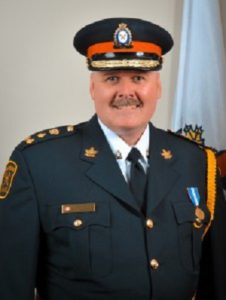 The chief is concerned about a rash of impaired driving incidents in the first part of December.

“I can assure you that we will continue to monitor the motoring public during the holidays,” he warns. “We will initiate random RIDE programs or spot checks and anyone found in contravention of the impaired driving laws will be arrested and charged accordingly.”