Lockdowns not as effective as hoped, percent positivity flattening but COVID-19 case rate continues to climb 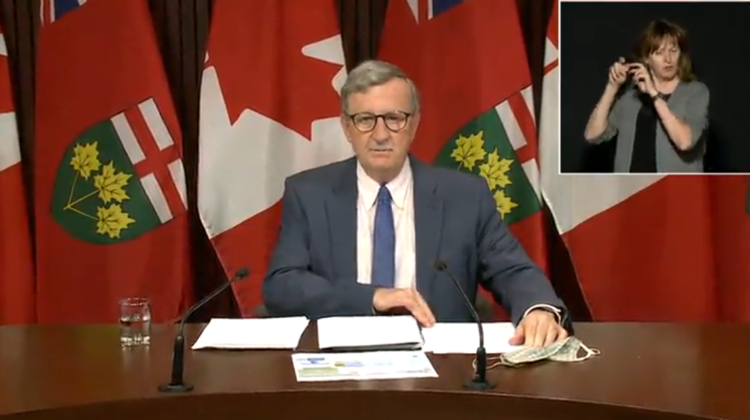 Health officials say that enhanced restrictions in Ontario’s hotspots are not having much of an effect on the spread of COVID-19.  The lockdowns in Toronto and Peel Region haven’t had the same effect on people travelling and having more contacts than the first lockdown in the spring did.

The province’s health team says that while the number of new infections continues to grow, the percentage of people testing positive is flattening.  Officials predict that if the province continues at its current rate of growth of about 1.5-percent we will see about 2,500 new cases a day by the first week of January.  At 3-percent growth it would increase to 4,000 cases per day, 5-percent would mean 10,000 new cases a day. The worst-case scenario of 9-percent growth would mean 19,000 cases a day by the New Year.

Officials expect the death rate among long-term care residents to grow above 25 a day over the next month, even though new infections in homes appear to be flattening. There have been 107 elderly residents of long-term care homes die in the last seven days.

The health officials warned that patients in intensive care units will continue to be above 200 for the next month and may go higher especially if public health restrictions are relaxed.  The higher the number of people in ICU’s means there is a greater risk that life-saving surgeries such as those for cancer and heart disease may have to be cancelled.