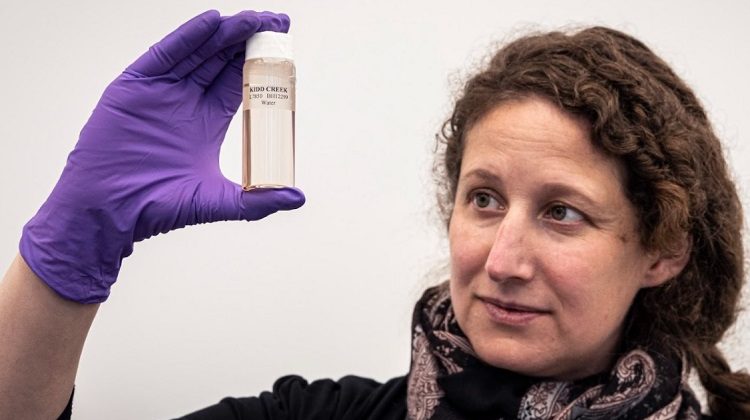 Starting online today (Thursday) at ingenium.org  you can see the oldest water in the world, and it comes from about 7,900 feet underground at the Kidd Creek mine in Timmins.

Ingenium, the agency that runs the Canadian Museum of Science and Technology in Ottawa has a small vial of the water.

Curator of natural resources and industrial technology, Dr. Rebecca Dolgoy says it was brought up to the surface by a geochemist from the University of Toronto in 2009.

The noble gases and isotopes in it were measured to determine its age.

“It was so much older than what was previously thought to be the oldest known water on Earth,” says Dolgoy, “which was somewhere 100- or 200-million years.” 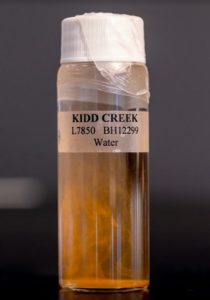 “One reason I find this water to be so moving,” says an emotional Dr. Dolgoy, “is that it’s sort of a remnant, it is a remnant of the time before there was enough oxygen in the Earth’s atmosphere to sustain life as we know it.” She adds that it puts the relationship with Earth and water into perspective.