Days Inn Spring Ball brings in cash for the hospital 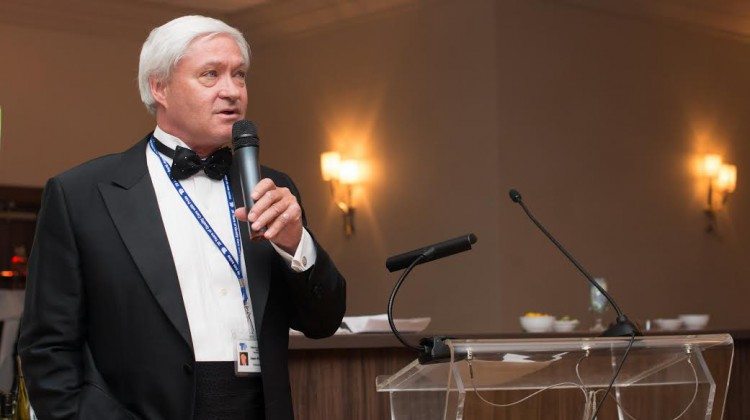 Over $260, 000 has been raised for the Timmins Hospital surgical program. The annual Spring Ball was this weekend, which had a silent and a live auction, along with a lottery. The money will go into buying equipment for the hospital, including orthopedic power tools. This is the 17th annual event, which in total has raised $2.5 Million.

Host of the event, Jean-Paul Aubé, was honoured with a special ceremony recognizing his philanthropic support of the hospital.

From the press release:

“Enter Jean-Paul Aubé,” exclaimed Vic Power, longest serving Mayor of Timmins. “Timmins was fortunate to have an effective fundraising team with J.P. as its captain,” he said. “Mr. Aubé canvassed the federal government, provincial government, the municipality, corporate donors, service and fraternal groups, private citizens as well as our neighbouring communities – at all times with an admirable blend of diplomacy and determination,” added Power.

Mr. Power continued on to say that the dream of a new hospital became a reality, but, without the fundraising expertise of J.P. Aubé and his dedicated group of volunteers, none of this would have taken place. “On a cold October, 15, 1993, this new state-of-the art facility was officially opened,” added Power, who is also a member of the Order of Canada.

Mayor Steve Black spoke of the future of the hospital and the legacy Mr. Aubé is leaving for generations to come. “The Timmins & District Hospital provides essential services that benefit everyone in our community,” stated Steve Black, Mayor, City of Timmins. “As a parent of young children, I am very grateful to Mr. Aubé for the hard work and dedication that he has invested in our district hospital, thus ensuring that they, and future generations, will have access to quality healthcare services for years to come,” continued Black.