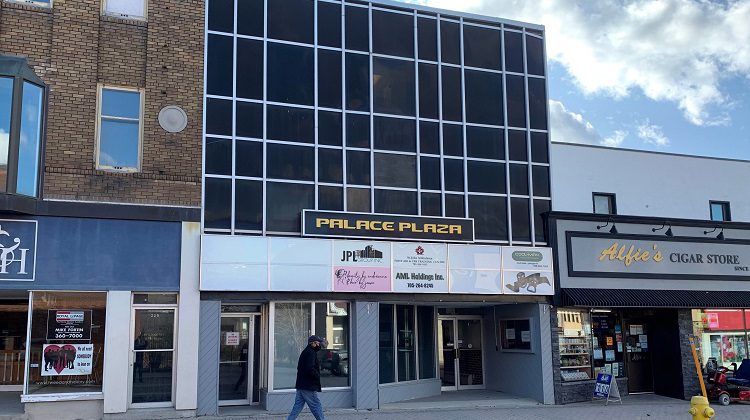 Palace Plaza on Third Ave. will be the home away from home for Santa Claus, Sunday afternoons, Nov. 29-Dec. 20. (Bob McIntyre, MyTimminsNow.com staff)

There’s still no parade, but Santa Claus is coming to Timmins for a pre-Christmas visit on four consecutive Saturdays, beginning November 28th.

Ward 5 Councillor Cory Robin has been pulling together various groups interested in making it happen.

“The idea is an opportunity for kids to come in with their parents and take a selfie with Santa,” Robin outlines. Because of physical distancing requirements, there will be no sitting on Santa’s lap.  “It’ll be a photobomb Santa selfie,” says the councillor. 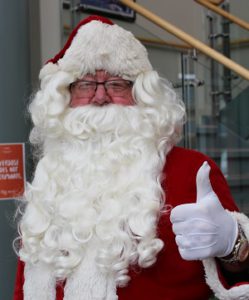 Robin says the whole thing is volunteer driven, with the support of  Northern Ontario Expo and Gwen’s Friends.  It’s in partnership with the BIA and sponsored by Ontario Power Generation (OPG). Police foundations students at Northern College are pulling strings to have some superheroes drop by, too. You can also drop off your letters to Santa.